October 3, 2017 – STOCKTON, Calif. – The newly reimagined art galleries at the Haggin Museum open to the public on Saturday, October 14, 2017. The stunning new spaces, designed by internationally recognized design firm Gallagher & Associates, will display the Museum’s collection of late 19th to early 20th century American and European fine art which is comprised of works by Albert Bierstadt, William Adolphe Bouguereau, Pierre-Auguste Renoir and more. A new, permanent space dedicated to 20th century illustrator J.C. Leyendecker includes a rare, in-depth look into his personal life with over 30 original pieces of artwork by the artist.

Each gallery is designed to showcase the Haggin Museum’s core art collection in a new and engaging way providing a more-connected learning experience for the visitor. Large introductory panels and contemporary labels, which include photographs, highlight the well articulated historical content and guide museum-goers through the spaces. Interactive digital kiosks offer additional engagement for guests, and feature thematic stories that connect the Haggin family history with American and European history.

“The six remodeled galleries coupled with the in-depth interpretation of our Haggin and Leyendecker art collections represent the most ambitious project in the museum’s 86-year history. These enhancements represent an investment that our Board of Trustees and staff believe will pay great dividends in terms of our visitors’ experience,” explained Tod Ruhstaller, CEO & Curator of History.

To celebrate the opening of the new galleries, the Haggin Museum is hosting an opening reception on Friday, October 13, 2017 beginning at 6:00 pm and ending at 9:00 pm. At this ticketed event, visitors will be the first to see and experience the reimagined art galleries. Guests are invited to enjoy wine and heavy hors d’oeuvres as they explore the new spaces. Toast and remarks given by Jim Hanley, Chair, Haggin Museum Board of Trustees; Tod Ruhstaller, CEO & Curator of History, Haggin Museum and Patrick Gallagher, Principal, Gallagher & Associates. Tickets are $50 per guest. For more information about “REVEALED” visit hagginmuseum.org/revealed, or contact Celia Castro at (209) 940-6316 or ccastro@hagginmuseum.org. The museum will be closed to the public on Friday, October 13th from 12 – 6 pm to prepare for our REVEALED event that evening.

As a gift to the community for their continued support, the Board of Trustees is opening the museum free to the public October 14 & 15, 2017. Regular pricing resumes Wednesday, October 18. On Saturday, October 14, the Haggin Museum will be hosting a variety of family-friendly activities throughout the museum from 1:00 – 3:00 pm. For more information concerning programs please contact Lindsey Munzel at (209) 940-6315 or lmunzel@hagginmuseum.org. 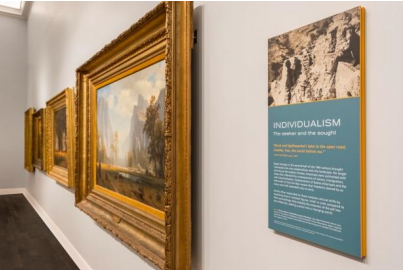 American Art Gallery
The American Art Gallery tells the story of the Haggin’s journey to California in the 1850s during the Gold Rush Era. As the family’s prosperity began to grow so did their collection of fine art. The American Art Gallery is separated into three major sections: View Masters, artists merging the European styles with American subject matter; The Hudson River School, trained artists exploring the undiscovered wilderness of the East Coast; Individualism, an artistic response to the social issues in America. As a whole, this collection of landscapes reflects the Haggin’s immersion in American culture of their time.

Haggin and McKee Galleries – European Art
The Haggin’s European art collection fills the Haggin and McKee Galleries highlighting the many facets of the glittering world of Europe in the late 19th century. This collection contains a wide array of subject matter such as cityscapes, animal paintings, and even fantasy. The Haggin family seemed to have enjoyed the diversity of the art in Europe, as their collection ranges from the more conservative, classical styles to the innovative and experimental works.

J.C. Leyendecker Gallery
The Haggin Museum houses the largest public collection of original art works by the “Golden Age” illustrator, J.C. Leyendecker. For the first time, there will be a permanent gallery space displaying a large portion of the Museum’s extensive collection. The gallery will have more than 30 pieces of original artwork from sketches to completed paintings giving an inclusive look into his process. Visitors will enjoy an intimate look into Leyendecker’s life with photographs, letters, and other personal items.

J.C. Leyendecker (1874-1951) was arguably one of America’s most popular commercial artists of the early 20th century. Many of his brilliant paintings became advertisements, selling items from men’s clothing to socks to breakfast cereal. Between 1952 and 1959, Earl Rowland (Director of the Haggin Museum from 1937-1963), acquired a large collection of works by Leyendecker along with a few other works by illustrators of the “Golden Age” era.

The new gallery features artwork created by Leyendecker for posters, advertisements, and magazine covers. In the center of the gallery are three sets of drawers containing sketches, photographs, letters, and paintings allowing visitors to access archival items in a more intimate way. Some drawers are filled with personal photographs and ephemera gifted to the Haggin Museum by Leyendecker’s sister Augusta, while others contain a glimpse into his artistic process with sketches and studies. 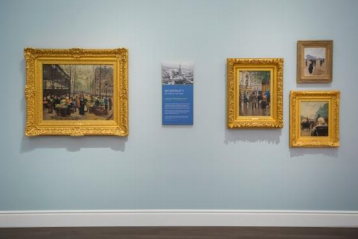 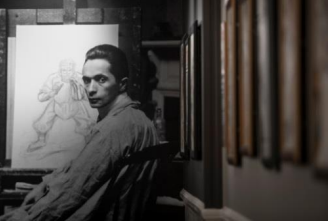 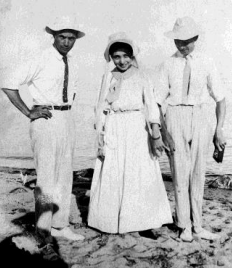 Digital Engagement
Museums are finding that the visitor experience is impacted dramatically by the integrations of comprehensive digital media systems. As part of the museum’s commitment to expand and enrich every aspect of the visitor experience, the Haggin Museum worked with the media design and production team at Gallagher & Associates to blend digital media into the physical environments of the core art galleries creating a more complete visitor integration.

A digital interactive kiosk will be located in three of the new galleries. “Their purpose is to explore thematic stories that weave together the Haggin family history, American and European history, and art history in an accessible and entertaining way for our visitors,” said Tod Ruhstaller, CEO & Curator of History. The touch screen kiosks will offer visitors two experiences both with varying levels of engagement: Free Exploration and Curated Experience. These new media interpretive stations will assist visitors in customizing their visit to meet their interests.

Visitor Experience
Coupled with the newly redesigned art spaces, the Haggin Museum’s Visitor Services Desk will be relocated to Hull Gallery. This new centralized location will serve as the Museum’s hub for visitor services, museum membership, and docent information.

New activity guides were created to spark imagination, creativity, and to foster connections with the history and art collections, and visitor maps were redesigned to be more user-friendly and interactive. These items will be made available in both digital and print formats so families can download a guide before their visits, or pick one up for free at the Visitor Services Desk. 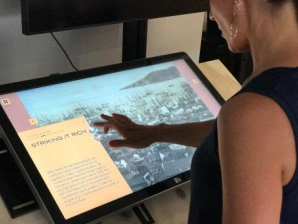