Two Young Deer in a Forest

Judging from her numerous paintings of them, deer were among Bonheur’s most popular subjects. According to the artist, her own interest in this theme began when she moved to By, where her property backed onto the Fontainebleau Forest, which then had a large deer population. She liked to track deer or lie in wait for them at night so she could observe their customary behavior, later sketching from memory what she had seen. Perhaps the example of Landseer was inspirational, for Bonheur expressed enthusiasm for his famous painting of deer. Her first deer paintings fate from the 1860s, a decade when the French Realist Gustave Courbet (1819-1877) frequently treated this subject. At the 1867 Paris Universal Exposition, she exhibited Deer in Repose (Detroit Institute of Arts) and Family of Deer Crossing the Summit of the Long Rocks (Forest of Fontainebleu, 1865, location unknown). In 1877 she built a pen for a doe and stag she used as models. Over the next twenty years, Bonheur’s production of deer paintings was considerable. 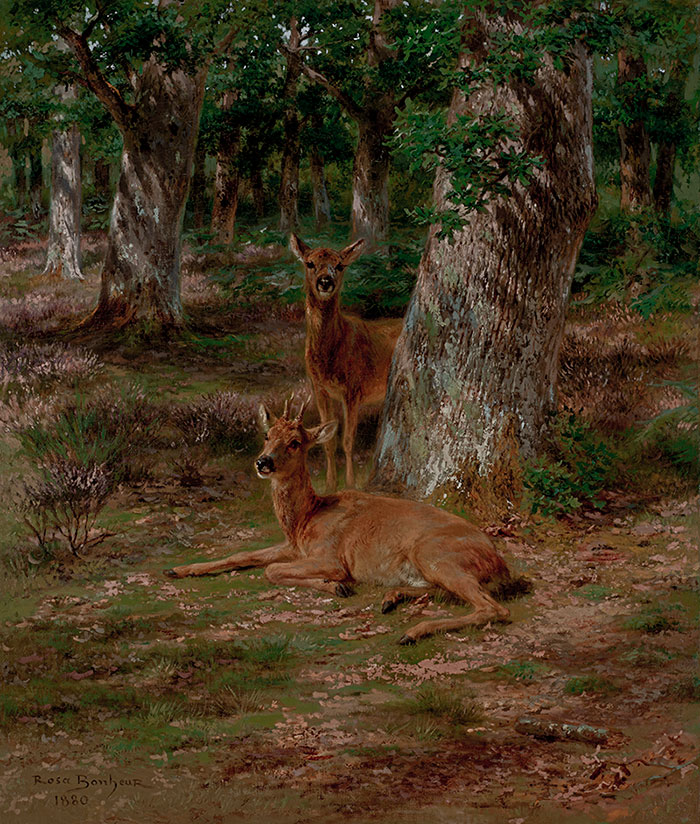