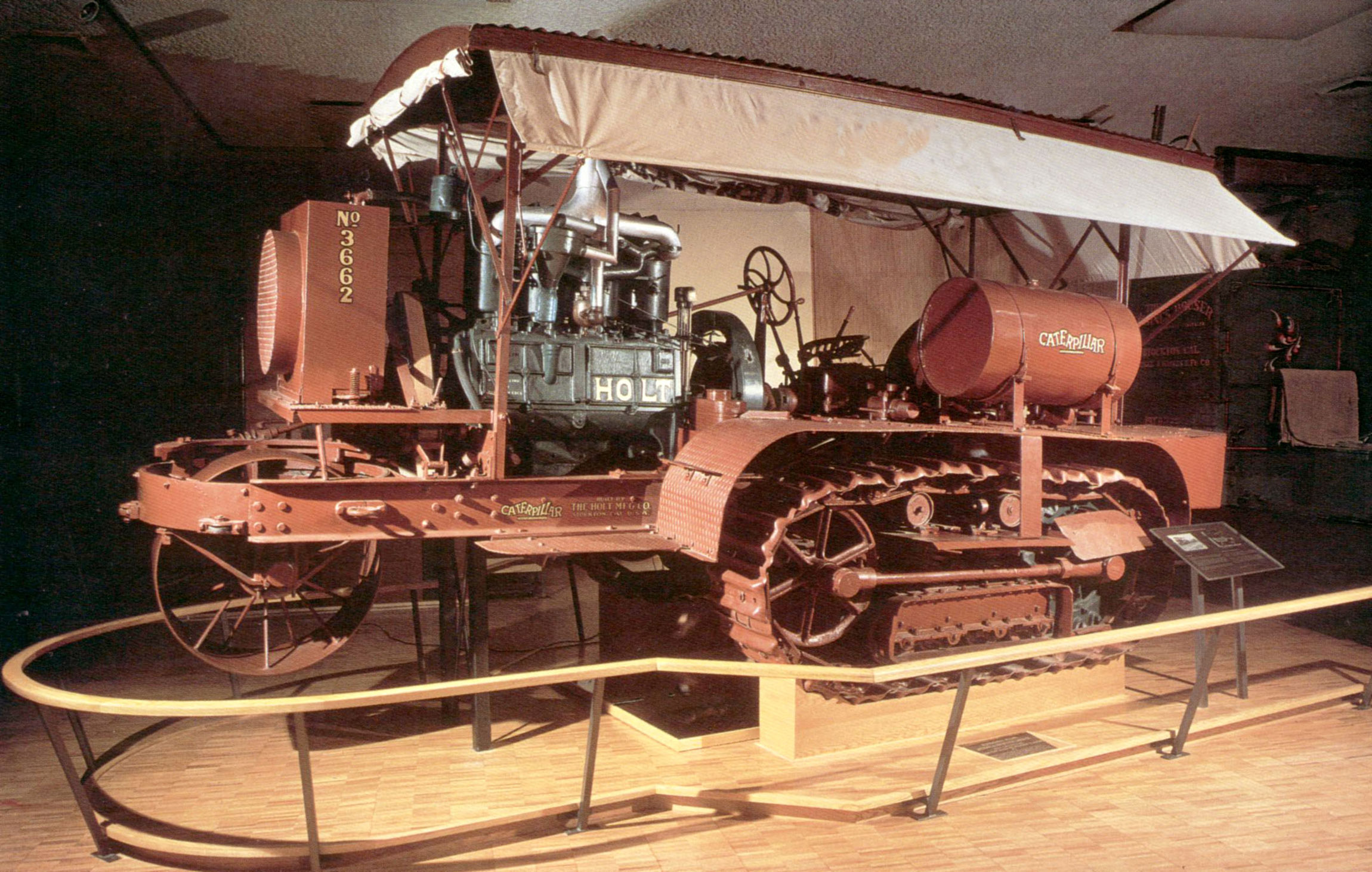 In 1883, Benjamin Holt and his brothers opened a factory in Stockton and began manufacturing combined harvesters and steam-powered traction engines helping to make California one of the world’s most productive agricultural regions and Stockton as the state’s leading manufacturer of farm machinery.

Any number of lucrative orchard and row crops could be grown in the rich peat dirt of the Delta islands west of Stockton, but the heavy, round wheels of the traction engines used to pull farm machinery often became mired in this soft, spongy soil. In response to this problem, Holt developed the first commercially successful track-type tractor, which he trademarked as the “Caterpillar.” It employed a self-laying continuous track that provided more traction and surface bearing area than round wheels, thereby preventing the tractor from becoming stuck. A restored Holt ‘75’ Caterpillar is the highlight of the Holt Hall at the Museum which pays tribute to Benjamin Holt‘s contributions to the mechanization of agriculture.