Les Désguisés depicts two ethereal female figures rendered in an elegant fashion. Their ghostly appearances intensify the stylized nature of their poses, and muted pinks, soft grays, and electric blues add a dreamlike quality to the painting. There is also a hint of playfulness at work here, for example, in the way that Laurencin paints flower bouquets into elaborate headdresses for the women—one embellished with an actual bird atop.

Marie Laurencin became part of the Paris avant garde scene of the 1920s. She developed a style that was similar to early Cubist works with their shallow sense of space and flat planes of color. Wistful young women and animals loosely painted in pastel hues, like those seen here, were subjects she returned to many times. 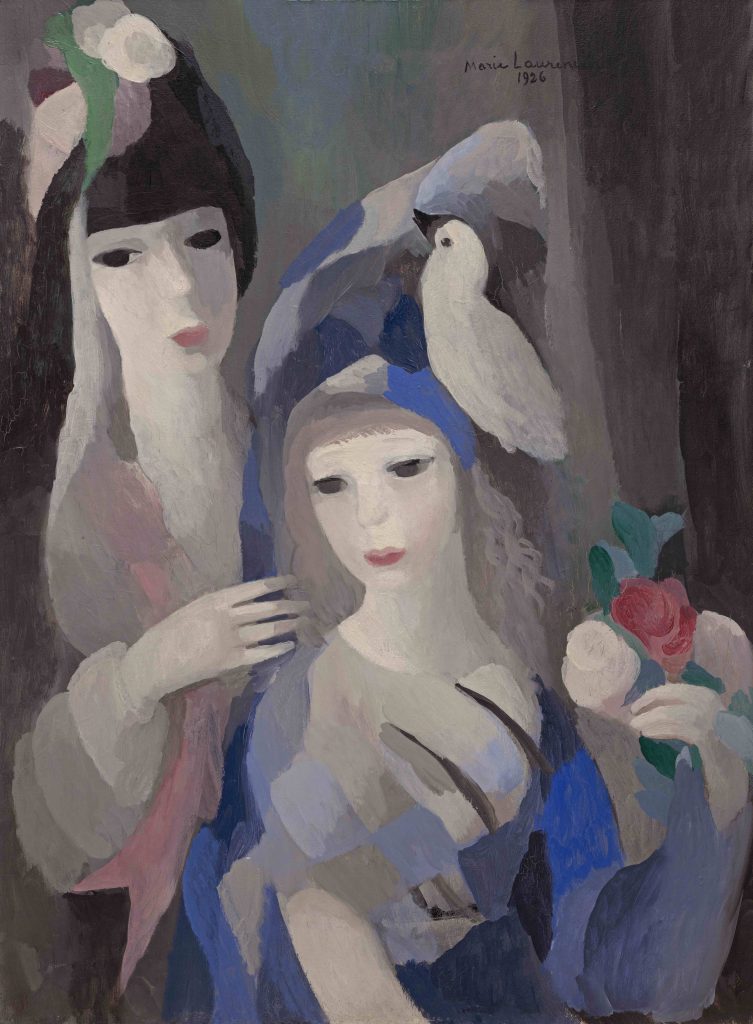