The Moated Wall, by Leon-Augustin Lhermitte, depicts three laundresses engaged in their work. Two of the women are kneeling beside a moat; the third woman stands near them holding several large pieces of laundry. A fourth woman and her child approach the group from the left side of the canvas. Behind the women is a rough wall of an ancient building that is reflected in the moat where the women do their laundry. The women are surrounded by a circle of dark foliage and the brushstrokes are rough, reinforcing the conditions of rural work and life. Lhermitte provides compositional dimension and balance to the earthly colors of the country scene by bathing the middleground in soft blues and white to draw the viewer’s eye toward the women and their interactions with one another. There is an emphasis on the women’s dignity, even while they are going about their humbling work, with the use of light and the way they pose. The values of work and family appear repeatedly in Lhermitte’s work, and to the city-dwellers of his day, Lhermitte’s paintings represented “the good old days,” or a better time lost in the march of the Industrial Revolution. 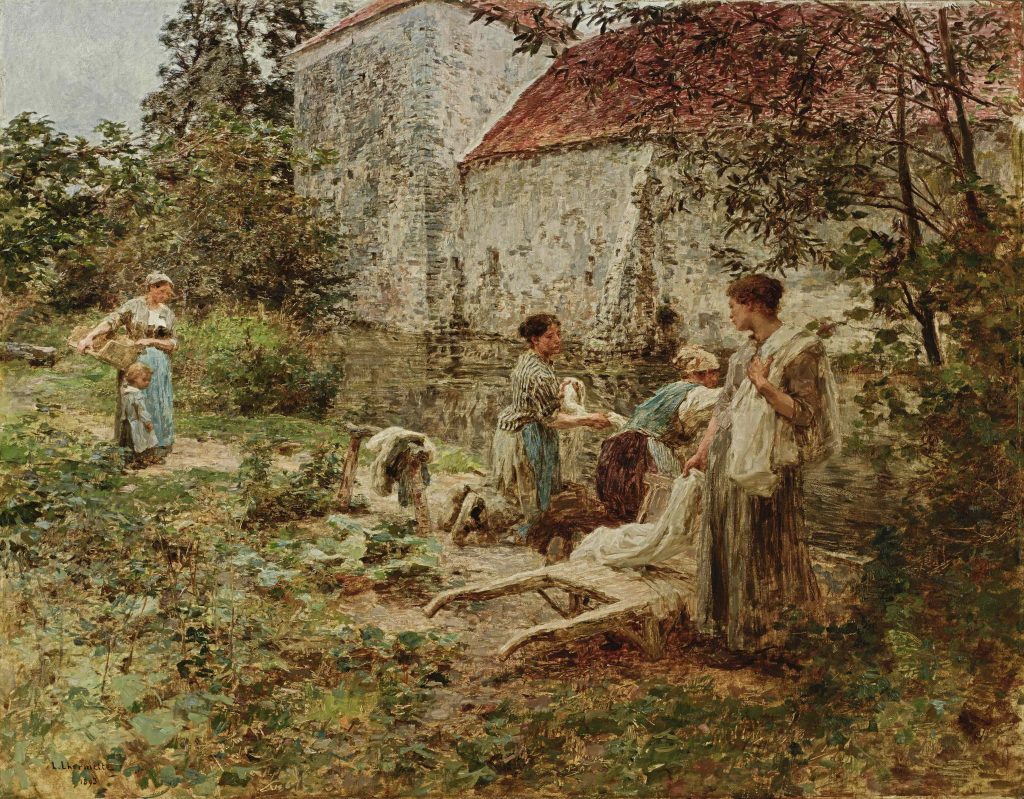