Banks of the Saone, Near Voges

Like other Realists of the nineteenth century, Monchablon was inspired by the example of the seventeenth-century Dutch artists. The year he began to paint landscapes, he traveled to the Netherlands. Although his landscapes have a decidedly modern look, they share certain features with Dutch works, such as low horizons giving prominence to skies, broad, panoramic views, and painstaking detail.

This painting features the similar flat geography that often appears in Monchablon’s works. The vast sky is mostly clear with a few feathery clouds floating throughout. The golden foreground and curves of the Saone draw the viewer’s eyes toward the horizon. In the distance harvesters can be seen tending to the fields. 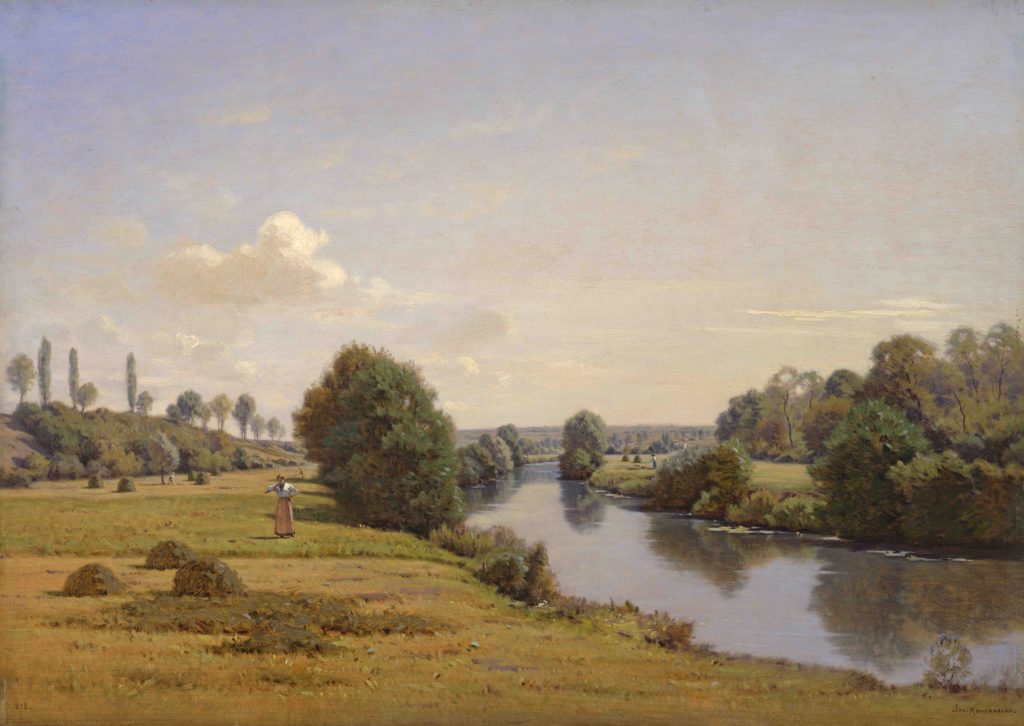