The Golden Pool presents a view of a hazy sun as it begins to disappear behind the horizon of a French countryside. Leon Richet captures a panoramic reflection of the dwindling sunlight and cloudy sky with airy brushstrokes and hints of green, brown and yellow to indicate texture. Overgrown shrubbery and towering, shadowy trees provide an imposing focal point and contrast to the abandoned canoe left at the shore of the secluded marsh. As the light reflects on the water with its abundance of lily pads, there is a feeling of tranquility and serenity within this untamed wilderness.

Richet, like many of his fellow artists in The Barbizon School, eagerly left their bustling studios situated in the city in favor of the transcendent majesty of the Fontainebleau Forest and small rural areas outside of Paris. Rich terrains, like the one seen here, became a sanctuary for these artists to fully experience nature. It was this movement that led to the recognition of landscapes as their own independent subject matter- a theme that was later explored by the French and American Impressionists. 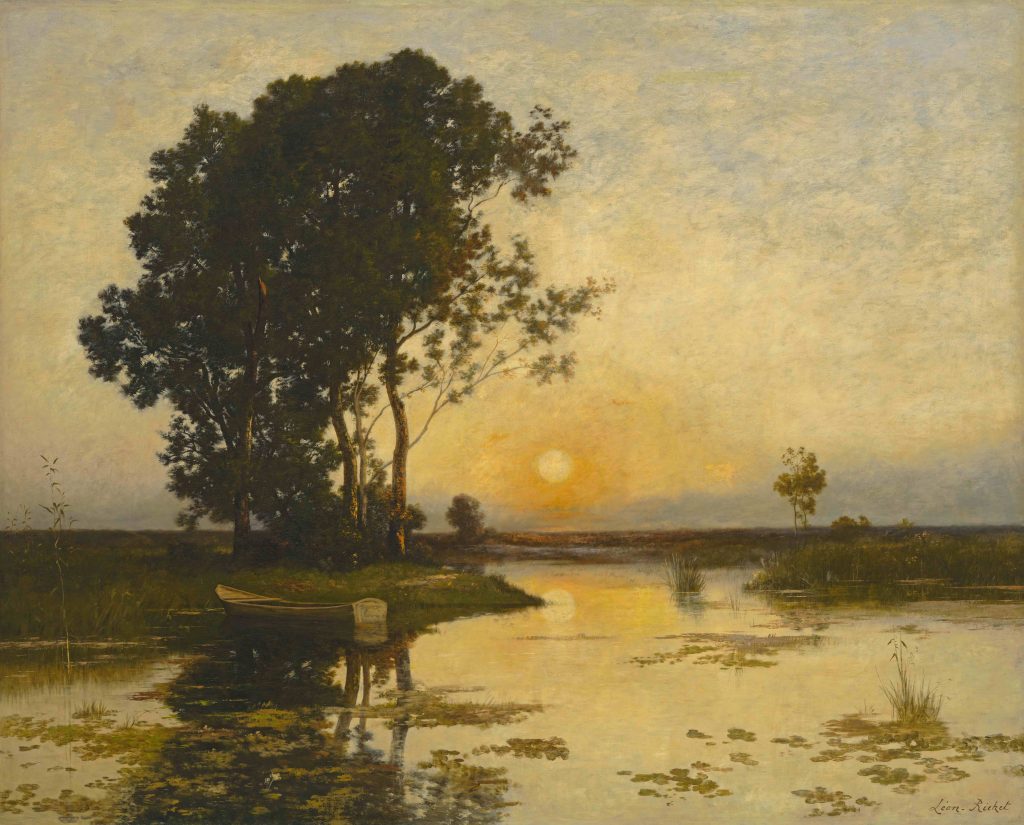