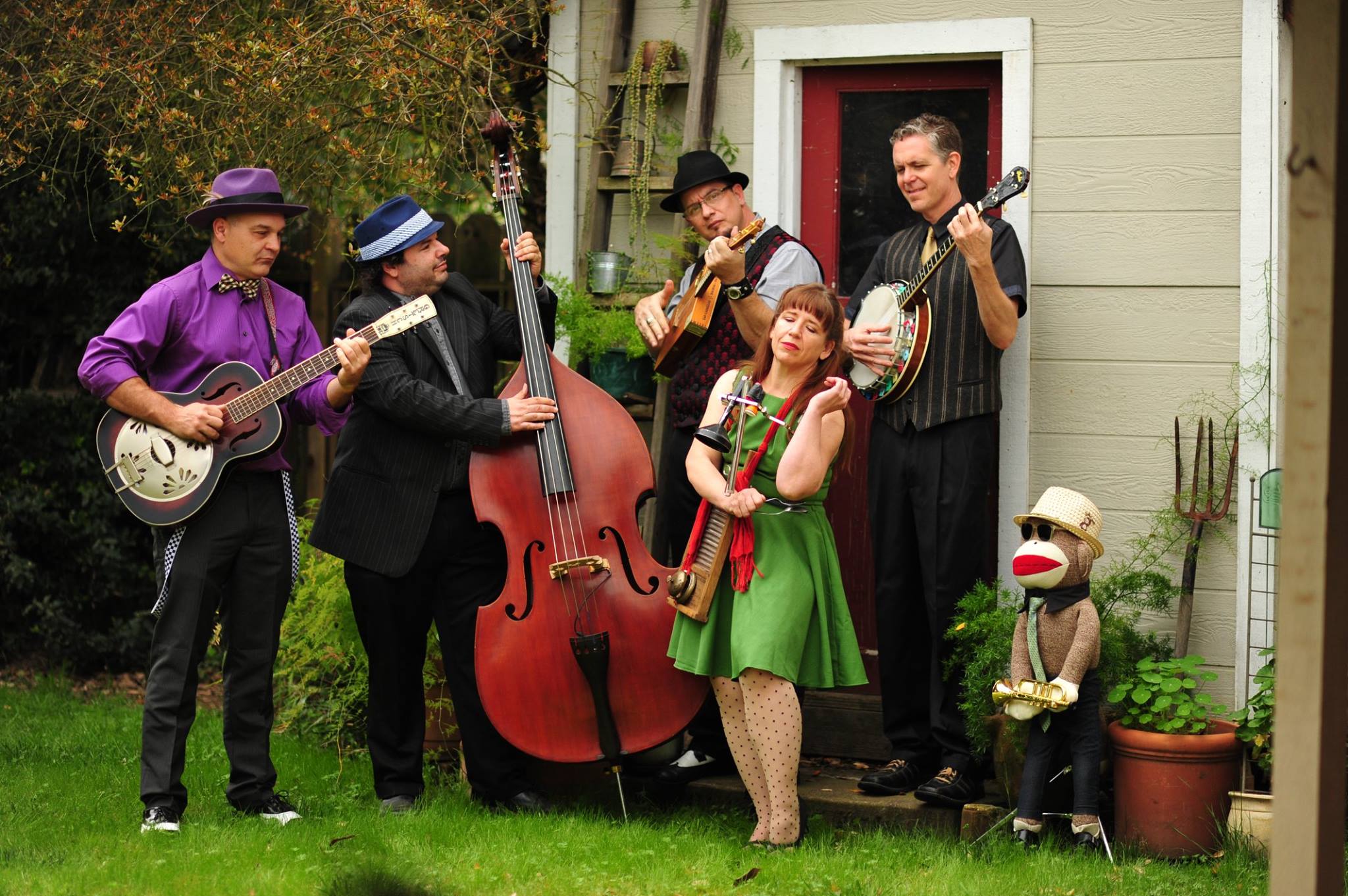 Complimentary wine from Weibel Family Vineyards & Winery and snacks courtesy of the Junior Women’s Group are available every 1st & 3rd Thursday evening, when the Museum is open until 9:00 p.m. Refreshments are served beginning at 6:30 p.m. and the program starts at 7:00 p.m. These special evenings vary each month to include live music, special guests and more!

Washboard Monkeys began as three friends jamming in a Stockton living room on a Saturday in January of 2015. They played their first gig that spring on the Earth Day stage at Victory Park. The three had such a great time that they became five. Their eclectic style and infectious vocal harmonies bring irreverent fun to the stage.

Jerry Estes is on lead vocals, tenor guitar and ukuleles. Karl Burmeister is on vocals, banjo, mandolin, harmonica, nose flute (and whatever else the band might need), Bobbin Holley plays washboard, spoons, bodhran, kazoo, and sings. “Wristband” Scott Porco holds down the bass, and Mark Risso rounds out the band with his drums.