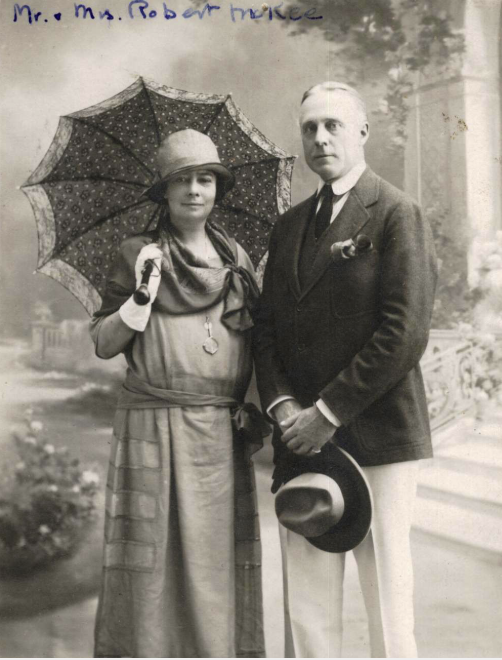 FORTUNES & FAMILY: The Haggin McKee Legacy, a special exhibition of photographs, paintings, artifacts and ephemera, explores the story behind the founding of one museum by two families over three generations. It is a tale of the financial successes rooted in the economic development of the West, the lifestyles made possible by such wealth and the legacy born of one couple’s willingness to share their fortune with the people of Stockton. And although both were drawn to California by the Gold Rush, the Haggin and McKee families chose separate paths in a journey that would eventually bring them together 2,900 miles from the Golden State.

James Ben Ali Haggin, a Kentucky lawyer, came to California in 1850 and along with his partner (and brother-in-law) Lloyd Tevis, settled in San Francisco. Their business interests were varied and proved extremely lucrative for both. They were principal stockholders in some of the most successful silver, gold and copper mining operations in the world and had extensive land holdings of over 2,000,000 acres throughout the West. Louis Terah Haggin, James’ oldest son, was also a lawyer. He represented his father and uncle in many of their enterprises and shared in their financial success.

This success was reflected in their lifestyles. Over the decades they owned homes in California, New York, Kentucky, Rhode Island, and New Jersey, furnishing them with antiques, decorative arts and paintings by American and European artists. The elder Haggin had two of the largest thoroughbred horse farms in the world and was quite well known in racing circles.

The younger Haggin married a brilliant and talented San Francisco socialite—Blanche Butterworth—in 1873. Both spoke fluent French and maintained a residence in Paris. There they entertained artists, writers and members of the European nobility, one of whom married their only child—Eila—in 1892. Fortunately for our story, the marriage was not a happy one and the couple divorced in 1900.

James passed away in 1914, leaving an estate valued at well over $20,000,000. Louis—who became a widower the following year—now managed the family’s business interests. He and Eila both resided in New York, and it was there that Eila met Robert T. McKee, whom she wed in 1924. McKee was the son of William Frame McKee, who settled in Stockton in 1850. The McKees were one of the wealthier families in town—thanks to William’s success in business. The younger McKee studied art in San Francisco and Europe and eventually settled in New York where he became a successful interior designer and socially prominent.

Upon his death in 1929, Louis left almost all of his $10,000,000 estate to Eila. Aware of his hometown’s less than successful efforts to build a history museum, Robert and Eila decided to offer the San Joaquin Pioneer and Historical Society $30,000 and 180 paintings from her father’s estate if they would expand the focus of their museum to include an art wing named after her late father. Subsequent gifts of more paintings followed, establishing the Museum’s core art collection. In addition, bequests from both Eila and Robert created the Museum’s first endowment and the Robert T. McKee Student Art Exhibition.

Today, as we approach our 85th anniversary, The Haggin Museum is a lasting tribute to both the financial success and generosity of two pioneer California families.