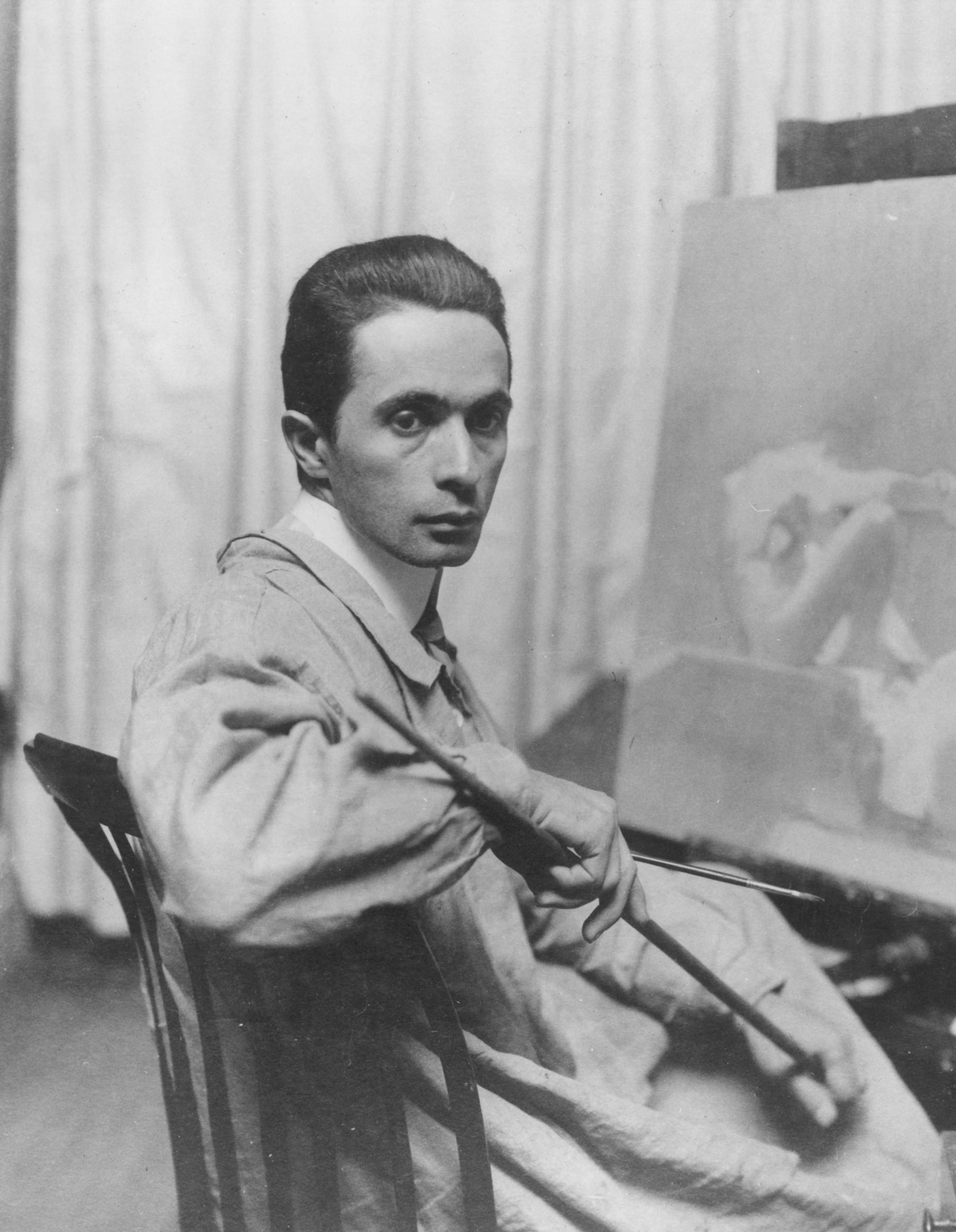 Born in Germany, Joseph Christian Leyendecker and his family came to Chicago in 1882. Young Leyendecker was apprenticed at the age of 16 to the engraving house of J. Manz & Company. He advanced to a full-time staff artist and furthered his artistic training at the Chicago Art Institute. It was during this time that Leyendecker produced his first commercial work, including 60 images for an illustrated edition of The Bible published by Manz.

Upon their return to Chicago in 1897, the brothers set up a studio in the Chicago Stock Exchange. It was here that J.C. began his association with both Collier’s and the Saturday Evening Post, painting a total of 48 covers for the former magazine and 322 for the latter. During his 43 year association with the Post, Leyendecker helped define the modern magazine cover as a unique art form – a miniposter whose design rapidly communicated its message. His covers were animated by people and themes that resonated with his audience because of his ability to capture and convey a range of human emotions and situations in his hallmark style of wide, crisp, and controlled brushstrokes accented by bold highlights.

The Leyendecker brothers moved to New York City in 1900 and it was here that J.C. secured the menswear commissions that gained him his greatest fame. The stylishly dressed and strikingly handsome men that he created for Arrow Collars and Shirts from 1905 through 1930 established the beau ideal for the sartorially savvy American male. Soon the chiseled good looks of Leyendecker’s men were also helping to sell suits for The House of Kuppenheimer, socks for the Interwoven Stocking Company, and “long johns” for the Cooper Underwear Company—the precursor to Jockey International, Inc.

Men’s fashion was probably the most significant aspect of Leyendecker’s advertising opus, but his artwork was also used to promote a host of other products, including soap, automobiles, and cigarettes. And starting in 1912, he captured the hearts of American mothers through his series of cherubic infants, winsome children and wholesome adolescents enjoying bowls of Kellogg’s Corn Flakes. The success the Leyendecker brothers had achieved in the decade since leaving Chicago allowed them to move once again, this time to New Rochelle, a suburb of New York City. It also was a community that a number of artists had come to call home, including Frederic Remington (1861-1909), Edward Penfield (1866-1925), Orson Lowell (1871-1956), Dean Cornwell (1892-1960) and Norman Rockwell. The Leyendeckers built themselves a 14-room mansion with separate studios and a magnificent garden. Their sister, Augusta (c.1875-1957), also lived with them, as did Charles Beach (1886-1952). Beach was the original Arrow Collar model and had become J.C.’s assistant, business agent and companion—a relationship that lasted for almost 50 years.

When the United States entered the First World War in 1917, Leyendecker joined his fellow illustrators such as Howard Chandler Christie (1872-1952), James Montgomery Flagg (1877-1960) and Charles Dana Gibson (1867-1944) in creating posters in support of the nation’s war effort. Their dramatic images were used to promote the purchase of war bonds, urge young men to enlist and the general public to conserve resources needed by the military.

After years of mounting tension within the New Rochelle mansion, Frank and Augusta moved out in 1923. The following year Frank passed away at the age of 47. Although his brother’s death greatly affected him, Leyendecker’s commercial success only increased. The Great Depression cost him his menswear clients, but he still did over 90 covers for the Saturday Evening Post in the ten years following the stock market crash in 1929.

By the end of the 1930s, however, the demand for Leyendecker’s imagery had waned and shortly after America entered the Second World War he did his last cover for the Saturday Evening Post. Some war bond poster work, calendar commissions and covers for William Randolph Hearst’s The American Weekly kept him solvent.

On July 25, 1951 Joseph Christian Leyendecker suffered a heart attack and died at his home. Beach and Augusta inherited what was left of the artist’s estate, including a great number of his original canvases. Many of these were sold by Beach at an auction on the grounds of the New Rochelle property. Among the pallbearer’s at Leyendecker’s funeral was Norman Rockwell, who by this time had become the Saturday Evening Post’s premier cover artist and was well on his way to becoming America’s favorite illustrator. J.C. Leyendecker, once this nation’s most successful commercial artist, was buried at Woodlawn Cemetery in an unmarked grave until 1956. 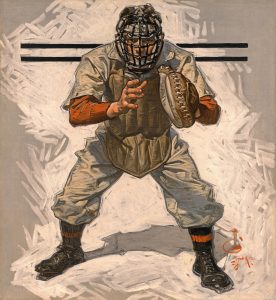 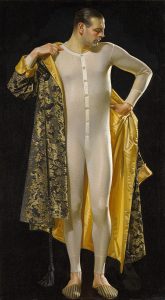 Man in Long Underwear, J.C. Leyendecker, circa 1920, oil on canvas 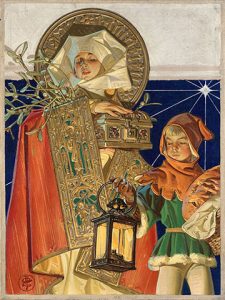