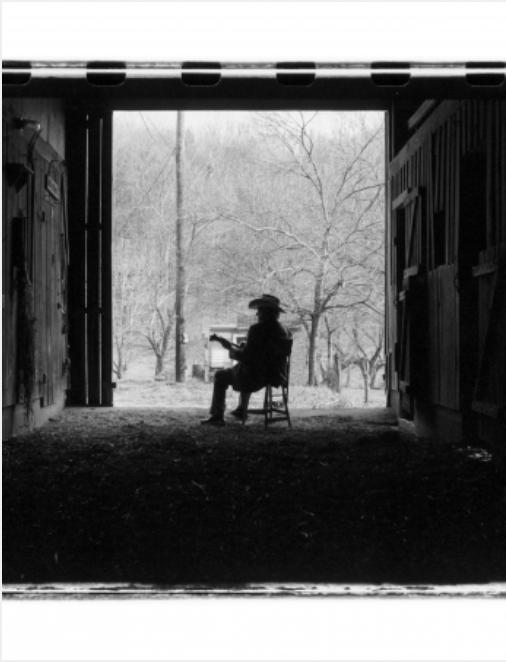 This fall Haggin Museum will host an exhibition of stunning photographs by country music star, Marty Stuart. American Ballads: The Photographs of Marty Stuart will be on view to the public from September 21 through November 19, 2017, and will include 60 black-and-white photographs that showcase Stuart’s ability to tell stories through his craft.

Although known primarily as a country music star, Marty Stuart has been taking photographs of the people and places surrounding him since he first went on tour with bluegrass performer Lester Flatt at  age thirteen. While Stuart was on tour he explored the towns. Stuart wrote in his introduction to his photographic book, American Ballads., “I studied everything from the different kinds of architecture that surrounded me to the majesty of the sunsets and how they affected the mood of the town I was in.” Often on the day of the show, he would walk the streets and get to know the people that he defined as “American originals.” Ultimately, it was  the “characters” that he met which inspired him.

His influences include his mother, Hilda Stuart, whom he watched document their family’s everyday life in Mississippi. He also admires bassist Milt Hinton’s photographs of fellow jazz artists and Edward Curtis’ well-known images of Native Americans at the turn of the twentieth century. Stuart’s works range from intimate behind-the-scenes depictions of legendary musicians, to images of eccentric characters from the back roads of America, to dignified portraits of members of the impoverished Lakota tribe in South Dakota, a people he was introduced to by his former father-in-law, Johnny Cash. Whatever the subject, Stuart is able to tease out something unexpected or hidden beneath the surface through a skillful sense of timing and composition, as well as a unique relationship with the sitters often based on years of friendship and trust.

American Ballads, on loan from First Center for the Visual Arts, is composed of photographs from three bodies of work: “The Masters” of country music; the “Blue Line Hotshots” he has met on his travels on America’s back roads; and the Lakota people of the Pine Ridge Indian Reservation and others in South Dakota in the section “Badlands.”