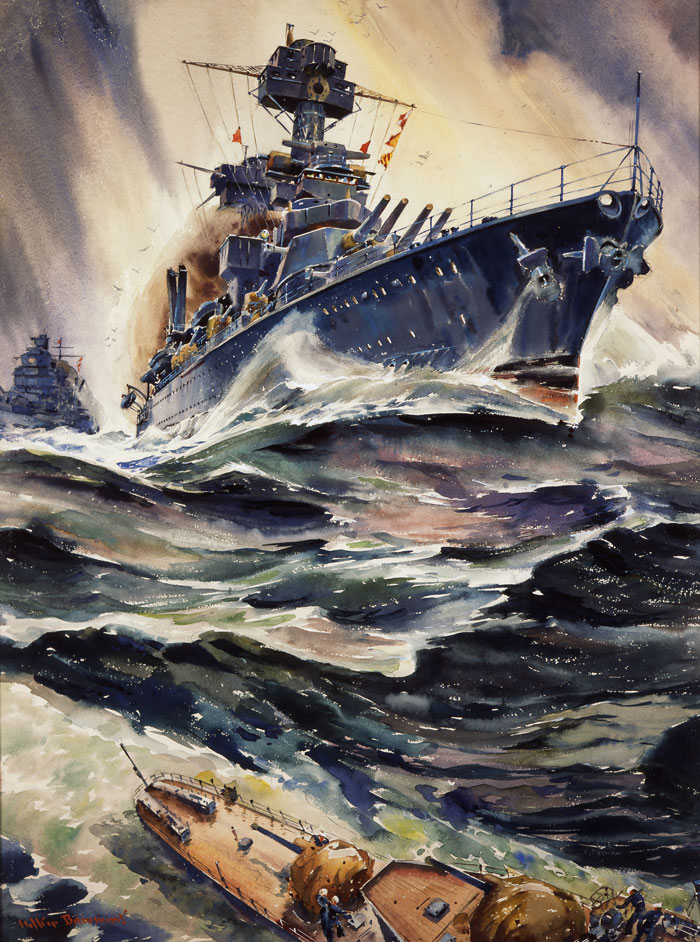 Arthur Beaumont: Art of the Sea

To the artist, Arthur Beaumont (1890-1978), the sea and the vessels that sailed on it held endless fascination. He sought to create an artistic record of the activities and accomplishments of the U.S. Navy, from the launching of the U.S.S. Constitution in 1797 to the fierce battles of World War II, to the Atomic Bomb tests at Bikini Atoll, and to the expeditions to the North and South Poles. All of these historic events and more are recorded in his paintings.

Beaumont’s body of work includes numerous portraits of specific naval vessels, including mighty aircraft carriers and battleships as well as personal yachts of presidents and celebrities. His art portrays not only admirals but also common sailors and soldiers. They formed the core of his series of significant wartime commissions for National Geographic Magazine. In 1958, Beaumont was named Artist Laureate of the U.S. Fleet.

“Arthur Beaumont: Art of the Sea” is curated by James Irvine Swinden and includes works in The Irvine Museum Collection at the University of California, Irvine.

Image Caption: “Backbone of Sea Power,” Arthur Beaumont, watercolor on board, 1941, The Irvine Museum Collection at the University of California, Irvine