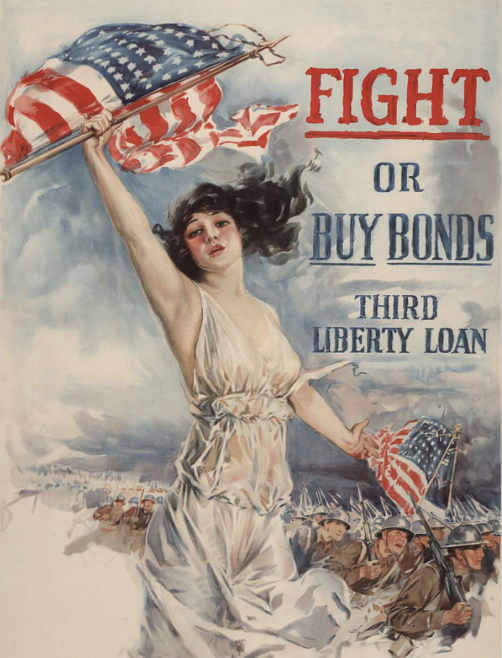 More than seventy original World War I and World War II posters help tell the story of the massive human efforts put forth during these twentieth-century global conflicts. Displayed in public locations such as post offices, train stations, city halls, schools, and businesses, war posters and, perhaps more importantly, the messages they communicated, were ubiquitous throughout the United States. The selection of posters explores themes of recruitment of men into the armed services; funding of the wars through bonds and other methods; efforts on the home front, such as conservation and work ethic, which contributed to victory; campaigns by service organizations such as the Salvation Army, YMCA and Boy Scouts; and the role of women in the war effort. Many of the posters are American but examples from Canada, France, Great Britain and other ally nations will be featured in the exhibition.

Artists such as J. C. Leyendecker, James Montgomery Flagg, Howard Chandler Christy, and Norman Rockwell, among others, will be featured In the exhibition.