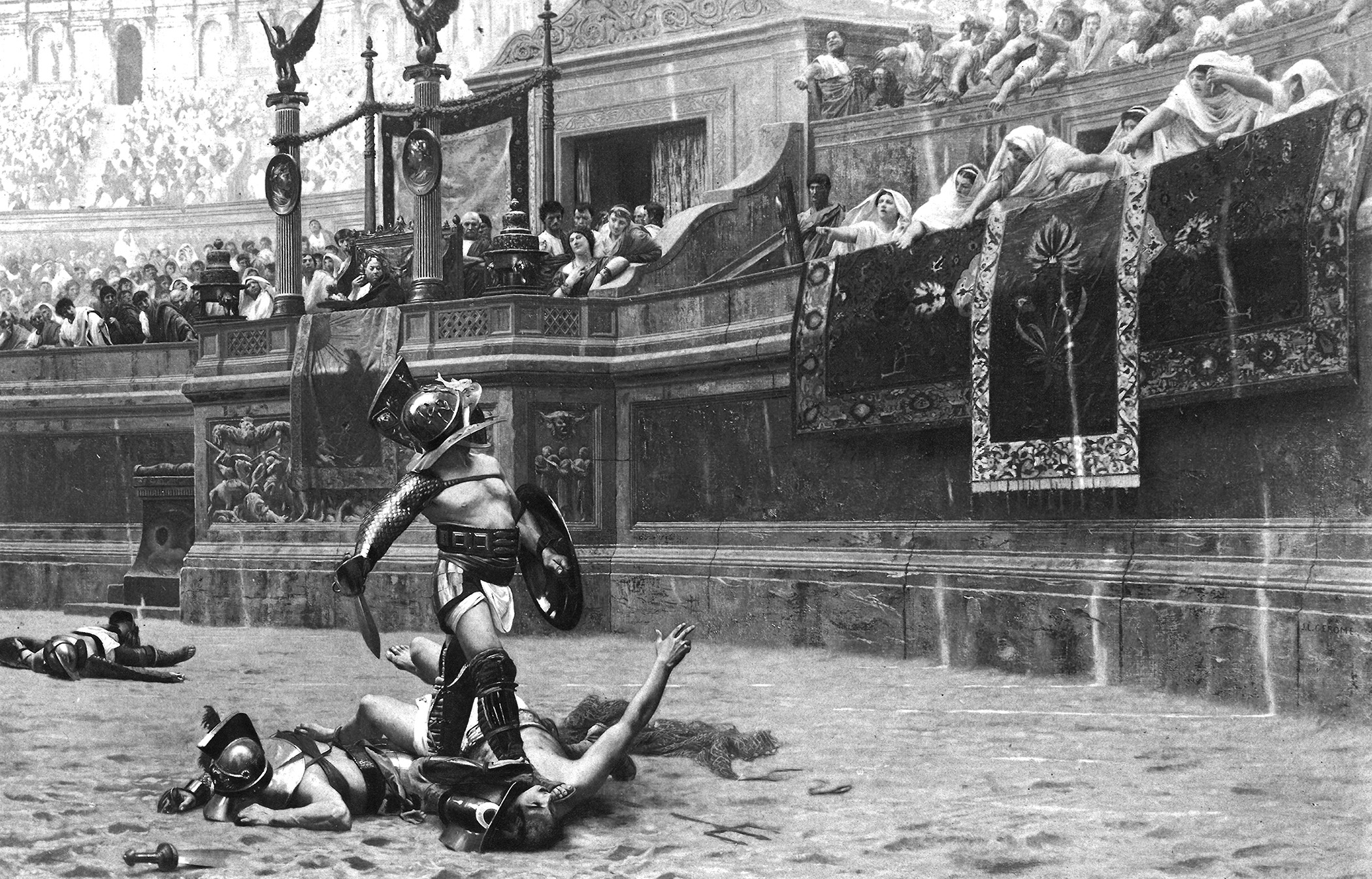 The French artist Jean Leon Gérôme (1824-1904) was one of the most popular and wealthy artists of his time. This was due largely to the subject matter of his paintings and the fact that many of these original works were later reproduced as prints.

He is best known for his re-creations of scenes from classical antiquity and depictions of contemporary historical events and Orientalist scenes. This latter category consisted of works based upon Gérôme’s many trips to both Turkey and Egypt where he sketched, took photographs and collected costumes and artifacts to help ensure the accuracy of the paintings he would later create in his studio. As his fame grew, Gérôme’s paintings were acquired by wealthy collectors, including the Haggins—five of which are part of the Museum’s collection.

Another collector of Gérôme’s works was the prominent Parisian art dealer Adolphe Goupil, who also ran a publishing company. The two began their collaboration in 1859, with Goupil producing prints of some of the artist’s best known paintings. Made by a process that combined copper plate engraving with photography, these prints preserved the richness and attention to detail that were the hallmarks of Gérôme’s paintings. And because the prints could be purchased for a fraction of an original painting, the artist’s work could now be enjoyed by a much larger audience, both in Europe and the United States. Their business relationship must have been quite an amicable one, for in 1863 Gérôme married Goupil’s daughter, Marie.

A selection of the Museum’s collection of 99 Gérôme/Goupil prints will be on display in the New Gallery beginning Thursday, March 5.