In the 1890s, Béraud departed (like so many artists and writers at this time) from his earlier naturalism in favor of more symbolic content, as if discontented with mere surface appearances. He did not totally renounce street scenes, but he experimented with new subjects, such as his contemporized versions of biblical stories and costume pieces like Harlequine, in which a single figure is the sole focus of the painting.

This conventionally pretty woman is dressed for costume ball as the female counterpart of the stock figure Harlequin. Her costume adopts elements of the traditional commedia dell’arte character: the diamond pattern, the bicorne hat, the stage sword whose harmlessness is coquettishly demonstrated by the model. But Béraud discards the half-mask so that her porcelain-smooth profile is fully visible. The traditional multicolored costume is exchanged for stylish pink and black.

Elegant she may be, but she is also a vivacious cocotte. Béraud emphasizes her desirability through her coy behavior and exposed legs. Her painfully tight corset, which achieves the fashionable 18-inch waist, adds to her seductive charms.

On at least three occasions, Béraud painted contemporary women in the same harlequin costume seen in the Haggin painting. One appeared on the cover of the April 1890 Figaro illustre, suggesting at least a beginning date for the series. According to one source, a work entitled L’Arlequine was exhibited at the Salon de la Societe nationale des Beaux-Arts in 1891. 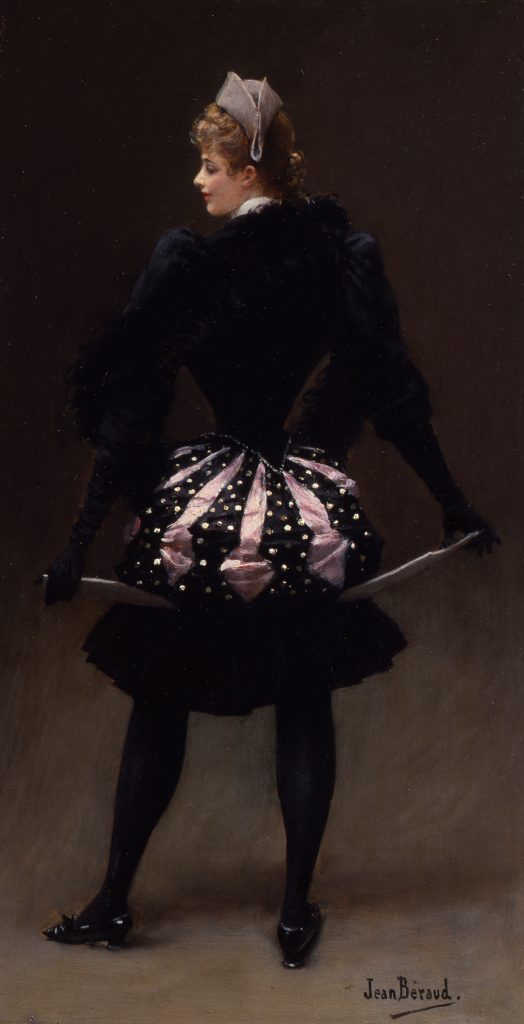 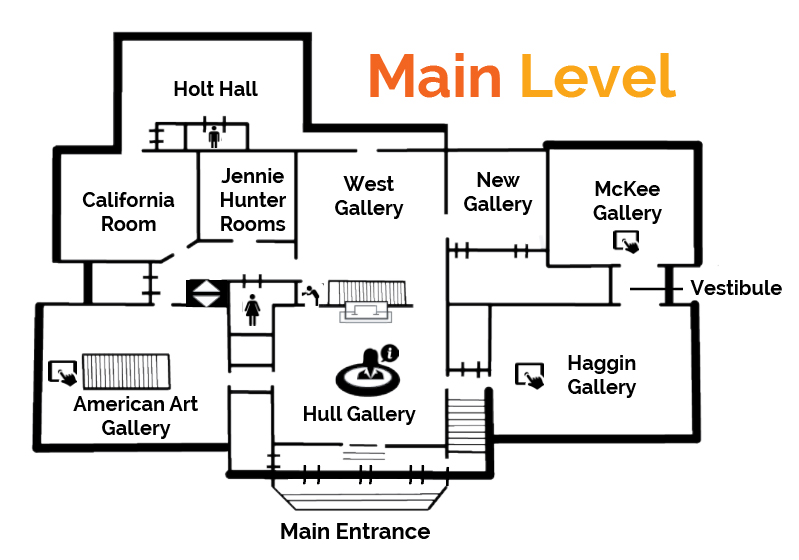