Daniel Ridgway Knight’s scene depicts the interactions of a group of French peasants who have paused for lunch. An elderly woman stirs something in a pot while a boy puts potatoes into the coals of a campfire. The young woman in the middle ground seems to be more interested in the young man and woman filling a potato sack behind her than in the preparations for lunch.

The peasants are dressed in quaint clothing; there is even a hole in the boy’s clog to denote his poverty, though none of them are dirty despite a morning of labor. The surrounding landscape is treated with incredible detail. A prickly bush that contains a heart-shaped hole has been placed behind the girl; the vines and poppies frame the human interaction. Knight draws the viewer’s eye to a collection of items—wagon traces, harness, a potato hoe, baskets, and bottles—to add interest and to show the subtle contrast of light and dark throughout the canvas. 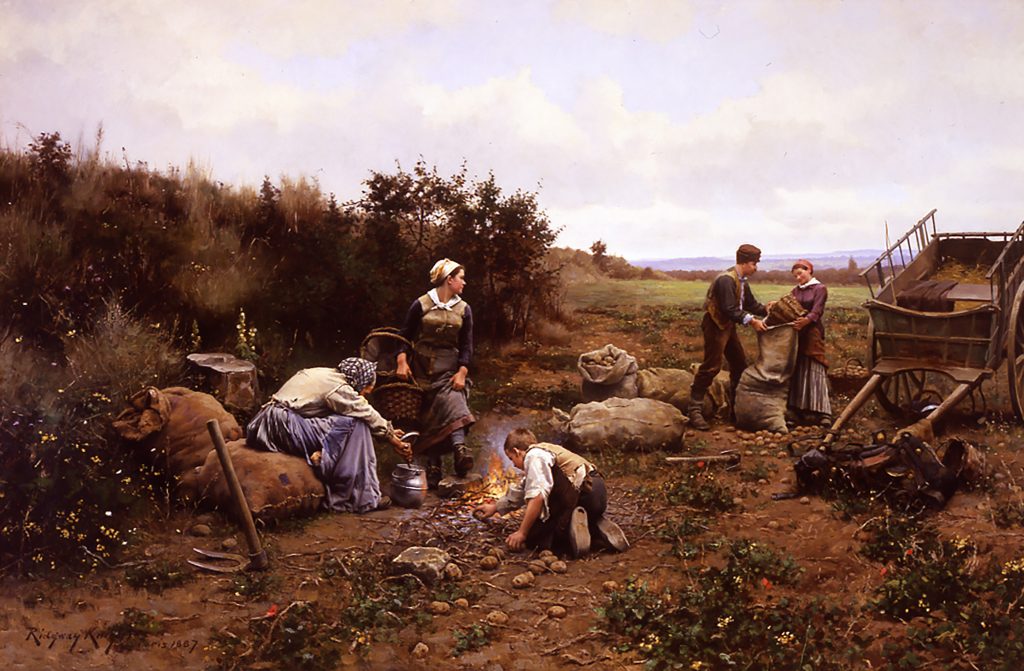 Enlarge
Back to Fine Arts Collections