The Artist and His Model

The Artist and His Model commemorates Jean-Leon Gerome’s completion of a major sculpture, Tanagra, in 1890, and it demonstrates his insistence on working directly from his subject while also attending to compositional harmony. It also reveals his enthusiasm for the art of ancient Greece. The final sculpture held a small version of the Hoop Dancer – the artist’s interpretation of a Tanagra statuette – in her outstretched hand.

Gerome’s precision was legendary, so it is not surprising that he depicted an impeccably tidy studio and presented himself as well-groomed despite the physical labor. The painting itself displays the same love of order; the figures are well centered and bracketed by studio paraphernalia. The unified effect is reinforced by the reverberation of blues, pinks, browns, and whites throughout the painting. In a master stroke of composition, the artist accented the core group against a striking blue wall, yet stopped the stark white statue from coming abruptly forward by placing it behind the pale pink model. 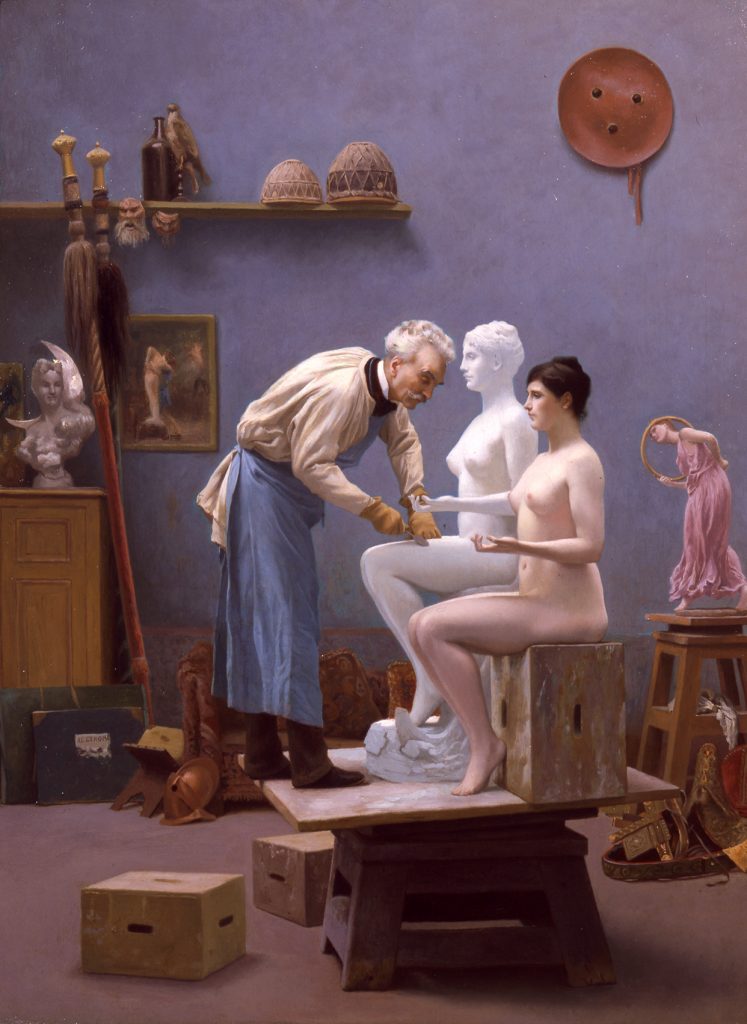