The Horse Market dates from the first decade of Jean-Leon Gerome’s Orientalist subjects and is one of many representations of a commercial transaction, in this case the selling of an elegant chestnut Arabian being trotted out for a prospective buyer.  The painting’s details successfully evoke an Eastern setting, yet they are controlled by a carefully constructed composition. Gerome’s keenness of observation is noticeable in the anatomy of the horse and the way the older man’s head sinks heavily between his shoulders, in contrast to the young man behind him.

Gerome’s detailed rendering of costumes and architecture creates an effect of authenticity, but the scene itself is an imaginary construction, since the projecting latticed window of Egyptian style has incongruous Indian or Indonesian supports. He did not usually sketch entire scenes during his travels, only details, which become the basis for compositions worked up in his Paris studio. Despite the inconstant detail, Gerome succeeds in evoking an exotic world. 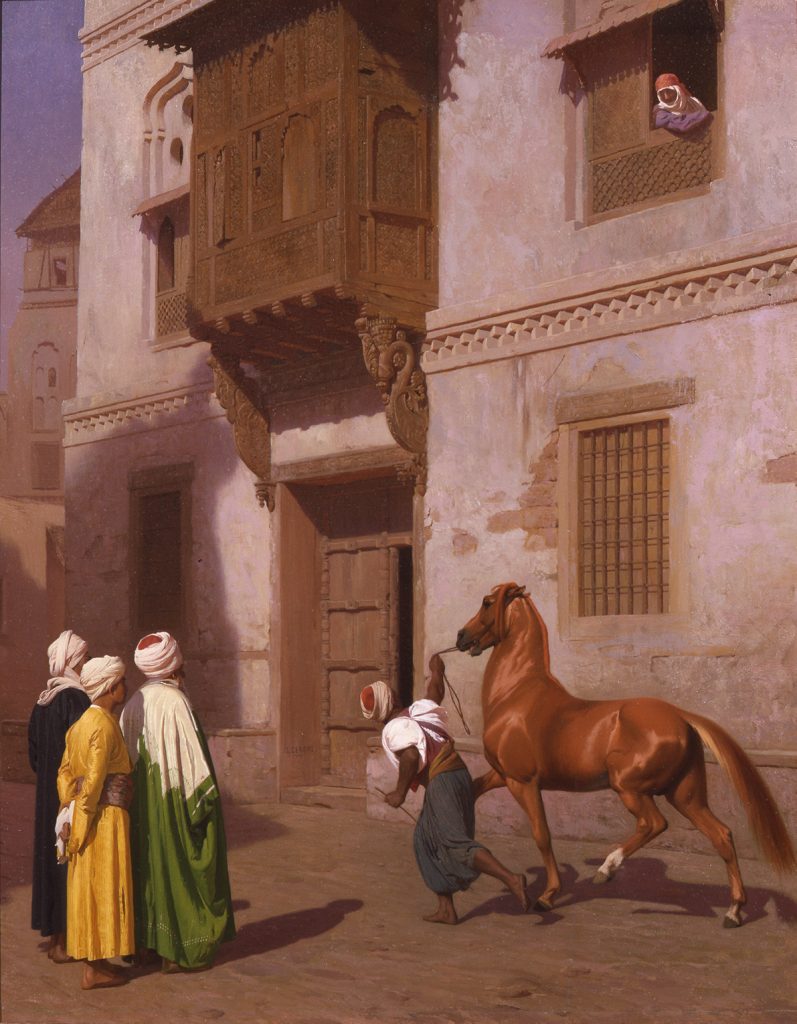