This painting was a focal point in the National Academy of Design Annual Exhibition in New York and was highly praised by art critics. George Inness’ exhibits were lauded for both their truthfulness to nature and poetry, while his spontaneous brushwork and luminosity were reminiscent of the Barbizon painters.

The color and composition of Old Homestead show how Inness’ painting methods had changed since painting Juniata River. Color harmony, a strong point of his later work, is achieved by restricting the range of values and by making green the predominate color. Since he had eliminated contrived curves and framing devices, the painting seems more casual and open.

The rolling landscape is conceived here as a series of roughly horizontal strips, a demonstration of his belief that a composition ought to be organized into three great planes. With such an arrangement, whatever rises above the horizon is given emphasis—in this case the magnificent elm trees just right of the center. 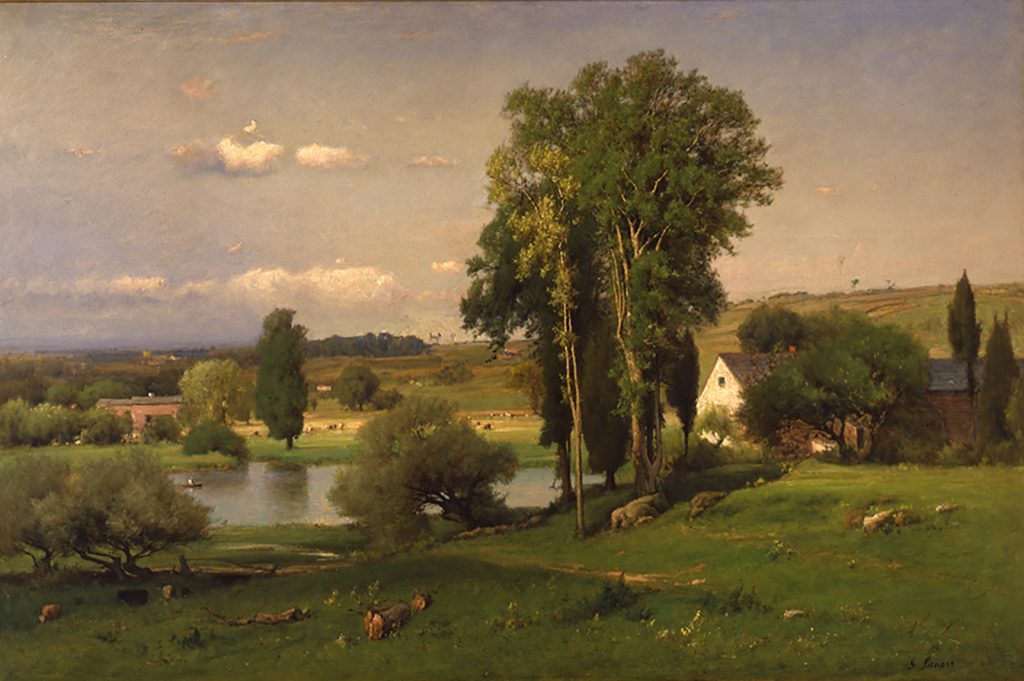 Located in the American Art Gallery